The symptoms are often there but we don't see or hear them. As a result, it blocks the process of life change. Let’s analyze why.

For months now, Francis has been suffering from a nagging migraine and back pain. Logic: he has been filling his head with questions that remain unanswered. He feels like he’s stomping around, like he’s treading water.

As a good soldier, he no longer counts the hours he spends at work, even at home in the evening. Responsible, he knows that as a senior manager, he has to be at the helm and meet the demands of his leadership role: anticipate, prove that he has vision, inspire his teams, carry out his many projects successfully while performing well, show himself full of energy and, of course, continue to ‘sweat the happiness’ in front of his team. Not forgetting, moreover, that he is the father of two turbulent and rebellious teenagers, who make him see life hard and try, with their means, to mark their difference and build up their independence, whatever it takes.

In short, he experiences a life that has become heavy because it is repetitive, even when the ups and downs of business and crises are numerous. Under normal circumstances, they would have paved his life with challenges. Today, they represent the one pitfall too many that generates fatigue and permanent loss of energy. This leads to migraines and back pain.

This should be painful enough for Francis to make the decision to change his professional life. Well, it won’t. He remains hypnotized by his routine and has lost the courage and resilience that has always characterized him since childhood.

Which are the main reasons for this? Let’s point out four.

The first is that he has lost the ability to step back because he is mired in his mired, even oppressive, routine.

In itself, work has become his executioner, his persecutor. Since he is at the head of a team, it is his duty to stay in top form and at the top of his energy, to keep smiling and, above all, to remain discreet with regard to his uneasiness; he therefore confines himself to silence and finds himself alone. At home, his wife remains a friendly and compassionate ear but, despite all her good will, she is far from the realities of the field and, above all, is little informed of the real constraints reserved for the system’s proponents. And since François is bound by the confidentiality inherent to his position, he cannot confide in his friends or the rest of his family.

As for his colleagues, team members and superiors, they are by no means the neutral interlocutors he would need to mature his thinking, especially since one option would be to leave the company.

The second: he is afraid of tomorrow, of the unknown, of the sidereal void that he believes he can expect if he sets out to change his life.

Fear is made up of rational elements that a person can no longer discern. It paralyses, it creates prostration, therefore immobility. It leads to guilt in the face of inertia; in short, it blocks the whole system of reflection. What Francis should understand is, first of all, that fear is made up of 85-95% of non-rational elements and that only 5-15% is a valid warning. Secondly, that fear represents a need for security and assurance and that this need can be met by clear objectives and action plans. Finally, that rehashing fears, turning them into a loop, is unproductive and contributes to prostration.

The third reason is to be found in the scenario of Francis' life.

Winners dare to take risks and learn from their mistakes. The others fall into three categories: the non-winners who put off until tomorrow and say that they are “fairly” happy and that happiness will be there when… (they put a condition ‘when I have money, when I’m married, when I have children’, when I’m thin, etc.), the victims who complain and remain stuck in their situation while cannibalizing the energy of others. Finally, there are those who are too pessimistic or fatalistic to consider the slightest change; they cannot even conceive that changing their lives is feasible; they disqualify any help that could be given to them and become apathetic.

I can only encourage you to explore the first option which is the most constructive and leads to satisfaction and happiness. The rub is that often, and in spite of ourselves, we are loyal to our family and educational models and, without realizing it, we obey the injunctions of our forefathers, our educational models. Just one example to make myself clear: I regularly hear that my client sabotages himself and when I ask him if he is loyal to someone in his family, nine times out of ten, he falls down when he realizes that he unconsciously wanted to be loyal to a father/grandfather, mother/grandmother who went bankrupt or remained unhappy the rest of his/her life. This loyalty is lurking under a self-sabotage that was difficult to understand.

The fourth reason is the prevailing anxiety related, in particular, to the coronavirus that surrounds him.

Since March 2020, our living conditions have changed drastically. The media echo an ambient anxiety state. Even if we keep ourselves informed ad minimum, we can be influenced by this deleterious atmosphere that surrounds us. However, it is a fact, YES, our lives have changed, and for several years, at least until a vaccine against COVID-19 has been duly distributed worldwide. So, are we going to let ourselves go down forever? Are we going to refuse to take the plunge on the pretext that the bottom of the pool is murky? The VUCA world (volatile, uncertain, complex and full of ambiguity) has become our world. It surrounds us and is now part of our daily reality.

We have a choice: either we let ourselves be blocked by these four factors or we decide to move forward. After all, aren’t crises the cradle of the greatest technological and human advances?

Facebook
Twitter
LinkedIn
Pinterest
PrevPreviousThe five pieces of evidence that by aligning yourself, you excel in all areas of your life (2/6)
NextFrom Supervision to Meta-VisionNext
Blog
More articles 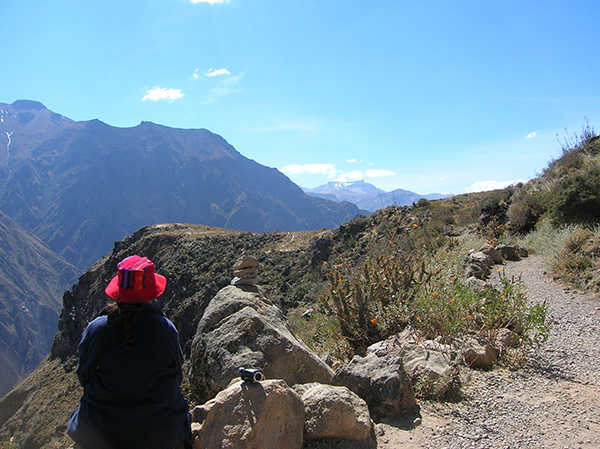 It’s all about beliefs and mindset. A good reframing made

I cannot believe in this! What’s that life mission stuff… No time or energy for this type of gimmicks (4/6)

Is it a matter of enlightened Yuppies who desire to

It is better to climb, or move, a mountain in

Living with clear values, a well-defined identity and meaning liberates