Mentoring and Supervision for Coaches

support in obtaining the PCC or MCC certification (mentoring) 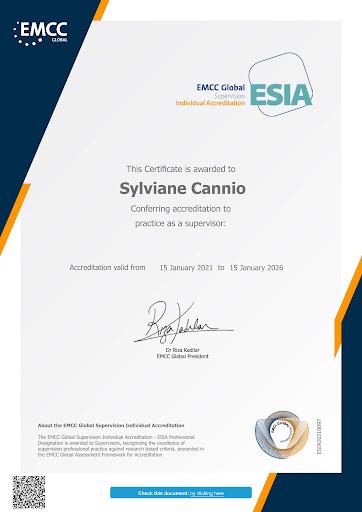 Supervision of coaches, individually or in groups

Signing up for a supervision session with Sylviane means getting an experienced supervisor’s view of how we do things as a coach, this is rather a “meta-vision”:

Mentoring and Supervision for Coaches

A profession in its own right

A clarification: this is not mentoring, which focuses exclusively on the development of the eight competencies of the coach, ICF and/or EMCC. Supervision deals with the relationship between the coach and the client’s environment/system – thus a much broader framework – and the mechanisms involved.

A real energetic cleansing and boost

Coming out of a supervision session, one feels listened to and understood, but also reframed when the situation requires it (respect of the ethics or the deontology of the profession or even of the system set up from the beginning), cleaned of any negative feeling that could have developed and to find oneself again in its full power, as a fresh person, and in full confidence in one’s capacities as a coach. As a result, the investment in time, energy and money, generates a more than appreciable return.

Sylviane Cannio started supervising me in Spring 2018. From the beginning of our collaboration, I felt this was an essential way to further my education as a coach and much beyond. I know now that I want Sylviane to accompany me through this awesome coaching/mentoring journey, because her supervision stretches my aptitude and drives my skills to a higher level; it helps me advance my self-understanding and enrich my coaching capabilities.

Sylviane is happy to transmit her knowledge and wisdom and she is doing it with a great sense of responsibility, respect and generosity. Through her supervision, I discover new coaching perspectives and paths, which I get to feel they are within my reach. Her 25-year experience and expertise as a masterful international coach and mentor, her profoundly empathic and humanistic approach to life and to people, as well as her vast intellectual power make her a very powerful supervisor. Her supervision is nuanced and implicitly powerful, guiding into the art of subtle listening and coaching maturity.

My coaching qualities, my vision about my professional development as well as my self-confidence increase in many concrete ways thanks to being supervised by Sylviane.

I have been supervised by Sylviane Cannio since 2015. As my supervisor, I always appreciate her ability to engage me in reflective dialogues and collaborative learning, activating my resources and competences and so helping me in widening my perspectives by looking at coaching situations with a fresh eye. I am a person who needs to talk it through to sort my thoughts and make sense of what is in difficult client situations. Sylviane listens carefully, also to what hasn't been said and carefronts me with what is. She supports me in finding meanings by myself in the situations I am facing. She always intervenes in a non-judgmental way. She supports me in taking concrete actions from the insights I win from our exchanges. I am always leaving our exchanges with clarity, energy and determination.

In particular, Sylviane recently helped me with a difficult client. She quickly recognized his narcistic personality, supported me in processing the experiences I have had with this client by offering me a very safe place to share my griefs. By doing this, my wellbeing improved within our first supervision session on this client. Sylviane then helped me reflect on the ethical and personal conditions for the continuation of this coaching relationship. With Sylviane’s help, I concretely strengthened my presence as a coach, improved the standards of my practice and managed to develop my competence in dealing with this kind of personality.

I have been supervised, for a few hours each year, by Sylviane Cannio since 2015. Supervision with Sylviane is really rich in learning thanks to her great experience.

As a supervisor, she allows a relevant personal reflection and always in a climate of kindness and security. Sylviane's questions are powerful and always timely.

As an internal coach in an IT company, supervision was a great help when I was confronted with ethical questions, for example. I was then happy to benefit from Sylviane's supervision when I established myself as an independent external coach.

I also appreciate Sylviane's great availability and her quick response to my requests. I feel very fortunate to benefit from such useful supervision time.

What is supervision? What is it for? How do you know if you are dealing with a professional supervisor?
How to feel really accompanied by an experienced professional, who knows perfectly the framework of the process, who is welcoming and compassionate, and who allows you to maintain your energy and power as a coach?

Supervision of team coaches, individually or in groups

Managing the complexity of team coaching

Supervising a team coach does not mean multiplying the homogeneity of individuals. Coaches need to do the best they can with the skills they have – and supervision becomes an essential support in doing so. Indeed, we can say that the three pillars of formative, normative and restorative functions of supervision now need a fourth – which we can call complexitive, until someone comes up with a better term.

A key aspect of this complexity is the increasing diversity within coaching. Supervising a coach, working with an individual client from a different culture, requires a certain level of understanding of cultural complexity. When the coach works with a team of people from different cultures, the complexity of coaching and supervision increases considerably. Completely ‘global’, Sylviane has been working across borders for decades, solo or in teams; she has worked in a variety of countries, and knows the cultures of five continents. From Africa to Australia, the Americas, Asia to Europe, she is comfortable in all environments.

The complexity is also increased by working with virtual teams. The nature of the interactions between team members, time zone issues and technology are all new challenges, even for many experienced coaches and their supervisors. Sylviane has been working on Zoom and Team since 2014, again in complex and diverse environments. As a result, she demonstrates a real understanding of multicultural systems, not only between nationalities, languages, culture but also between business systems (mergers and acquisitions, agility, market complexity, different functions, etc.), which guarantees a multi-faceted look at the missions undertaken by the coaches and the opportunity to exchange, between professionals who understand each other.

A supervision session with Sylviane Cannio has several attributes. She perfectly knows her subject – team coaching (and I am sure it is the same for individual coaching or mentoring) – including models and has vast experience in coaching and supervision.She has a good offering of information with the right level of detail – she just asks you what she needs for effective supervision in terms of client details for instance.What I appreciate the most is that we have a conversation, professional to professional, that starts from my point of view.If she shares an experience or challenges me with extra options, she does it without attachment: I feel completely free to adopt it or not.This is great value for me as it is not prescriptive as it might be the case with some other supervisors. Her style makes the difference.It is amazing what we cover in a single hour of supervision. I have something in my backpack to work with and this is very valuable to me.Those who do not understand the value of team coaching supervision do not understand team coaching at its full potential.

The PCC and MCC (ICF) and SP, MP (EMCC) journeys - for a 'masterful' coaching

Many coaches feel they are ready to earn their ICF certification at the MCC level because their client experience exceeds 2,500 hours. Yet only a small fraction of them will pass the ICF certification exams. Why? It’s not the number of hours that gets a coach to the MCC level. Of course, experience counts, as does maturity in the profession.Becoming a full-fledged Master Coach is a matter of attitude, a way of BEING and not just a way of DOING.

Master Coaches have the ability to look beneath the surface to generate real change. They look at the whole person, not just the problem. They are driven by a genuine interest in their client, without judgment or unconscious competition. They can coach without ego and detach from an option. They are truly compassionate and, most importantly, they truly love their client unconditionally (agape). And so they are able to listen deeply to the person, their concerns, emotions, beliefs and convictions, because they demonstrate a genuine and deep presence. They are also quick to provide constructive feedback and raise the client’s awareness. They go beyond short-term performance because they create an impact on the whole person, activating their skills and willingness to move forward. Last but not least, they integrate this love and self-love approach (the true OK-ness) into their lives and transform it into a true congruence, a true “art of living”.

To help coaches reach this level of mastery, Sylviane Cannio, MCC since 2009, offers you a personalized program that will lead you to a new dimension.

Sylviane is one of the only coaches in the world to be accredited as a Master Coach by both the ICF MCC and EMCC Master Practitioner. She knows the arcana of both processes and will take you where you want to go, according to your professional needs.

To obtain a supervision appointment

If you are interested in becoming a professional coach supervisor, have a look at www.coachsupervisionmentoring.com, the program created by Sylviane and four other experienced supervisors under the framework of their Academy of Coach Supervision and Mentoring.

Accredited ESQA by EMCC and with CCEUs from ICF, the program exists in Russian and will be launched in other languages in 2022. 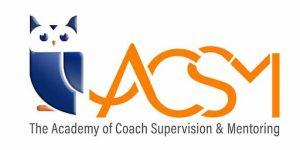